We are still open for enquiries and you can still pre-order online during this time but there will be no deliveries before 2nd February 2022.

This site uses cookies. By continuing to browse the site you are agreeing to our use of cookies. x

Ok, no problem Find out more

This was an event in aid of Swindon SANDS (Still-birth & neonatal Death Charity). In just over 4 weeks we organised and put on this event to help all the mothers past, present and future, who's babies did not survive.

I am quite well known for my spontaneous ideas so this was no surprise to anyone that in just over four weeks I would be putting on an event to help raise money for SANDS. 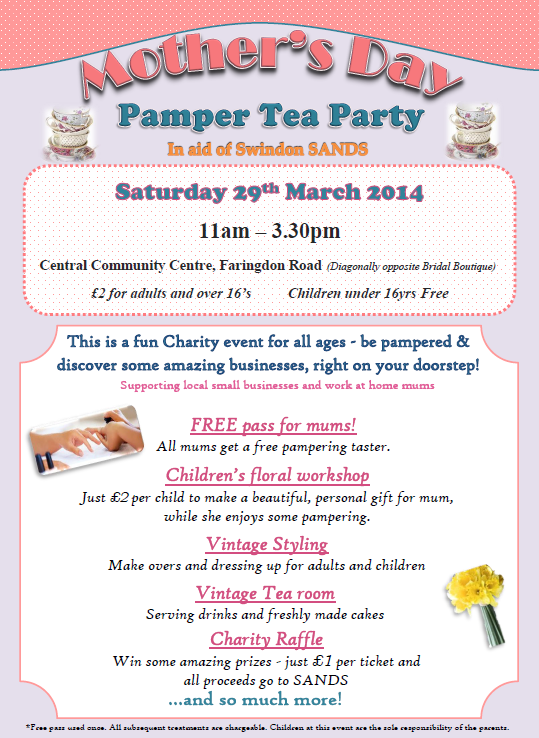 Swindon SANDS are trying to raise enough money to build a bereavement suite at the Great Western Hospital. A place for families to spend time with their babies and families while receiving the support and help to cope with their loss.

I don't think you have to be a parent to understand how unbearable the pain must be. so rather than my usual donation I decided something bigger was needed.

And so, the Mother's Day Pamper Tea Party was born.

It took place on 29th March at the Swindon Community Centre - a place much unloved under the councils control, now run by the Mechanics Institute Trust. 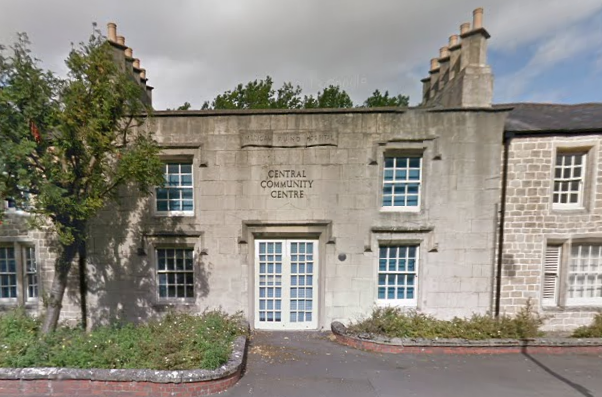 We were their first event since changing hands so it was a lovely new start for them too.
It was by no means smooth sailing. In the beginning it was going really well...too well! Then suddenly I had no printers, 2 cancelled beauty therapists and no more budget.

Thanks to the kindness of strangers we had flyers printed, replacement vendors and lots of donations from friends and family.

The day of the event came, the sun was shining and we were ready. We didn't get alot of people visiting and was starting to feel like a real let down. All this effort and hard work hadn't led to the big succuss I was hoping for, however - it did bring me lots of new and wonderful friends.

The total raised including donations from our mothers day sales, was Â£186.40. 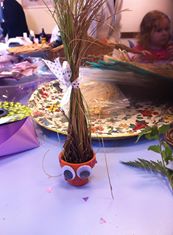 It was a great day and we met some great people plus the kids really loved the floral worshop, so while it didn't raise the roof it did go a little way to helping the SANDS charity. I will definitely be organizing more events in the future....just maybe with a bit more notice next time. x